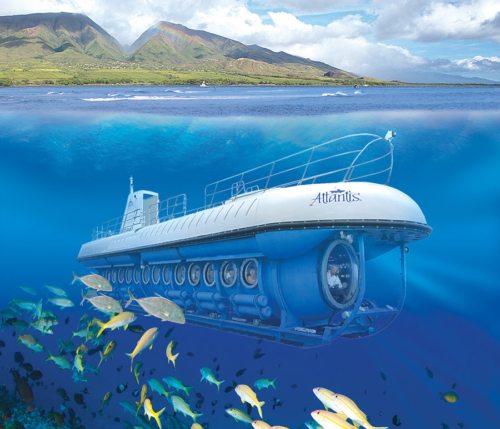 Rated 5.00 out of 5 based on 3 customer ratings
Categories: Ocean Activities, Submarine Tours

From the comfort of one the few passenger submarines in the world, you will be privileged to observe the incredible marine wildlife, including fish and underwater coral reefs of Maui.

The Atlantis Submarine underwater excursion is one of the most unique tours you and your family can enjoy on Maui—and nobody needs to don a bathing suit! You’ll step onto a shuttle boat in Lahaina Harbor, cruise comfortably out to the Atlantis Submarine waiting for you offshore, and come aboard, climbing down a short ladder and settling comfortably into the air conditioned cabin of the sub. During whale season (December through April), you are likely to see humpback whales in the distance while you travel to the sub. The journey on the shuttle boat is fun in and of itself, but then the real adventure begins: you and your 47 fellow passengers are treated to a wild undersea experience that no tour on Maui even tries to duplicate!

Your experienced pilot and co-pilot gently guide the 65 foot sub through the sea to specific underwater sites that are chock full of marine life, while you gaze through the large portholes located all along both sides of the spacious cabin. As you descend over 100 feet below the surface, fish swim past you one by one and in the thousands! The pilot and co-pilot are also dedicated naturalists; they will describe the marine life as well as answer any questions you have about any of the amazing creatures you’ll see. There is a good chance you’ll glimpse blacktip reef sharks, eels, and jacks (ulua), as well as giant schools of goatfish. If you’re really lucky, you might even catch a glimpse of an octopus!

Among other sites, you will visit the sunken-ship-becoming-coral-reef Carthiginian, and later you’ll land in the sand at the bottom of the sea! How cool is that?

U.S. Coast Guard approved submarine tour.
1000 ASA speed film recommended.
Japanese, Chinese, and Korean tour narrations are available by headset.
No food is provided on this tour, but you may feel like ordering seafood afterwards.

All passengers must be at least 36” (1 meter) in height, and they must be able to physically descend and ascend a 10 foot (2 meter) almost vertical ladder.
The trip from shore and back again lasts 1.5 hours, with 45 minutes spent underwater.
Check in 30 minutes before departure
Tour Location: Lahaina Harbor, Slip 18
LAHAINA HARBOR 675 Wharf StreetLahaina, Hawaii 96761
Check-in at Altlantis retail store on Front street in the Pioneer Inn. 658 Wharf street Lahaina, HI 96761. This is right next to Lahaina Harbor. 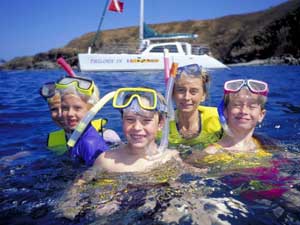 Take the Trilogy with friends to snorkel or snuba Molokini. Relax and enjoy the sunshine with your family or friends. With breakfast, lunch, and wetsuits provided, you won't have a thing to worry about! 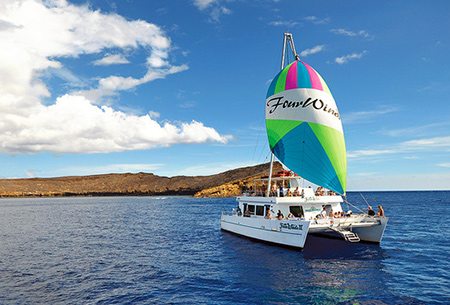 Molokini Crater, considered by many to be one of the best snorkel locations in the world, offers you the opportunity to see a variety of tropical fish, sea turtles, and possibly dolphins and whales. This adventure will be one to remember. 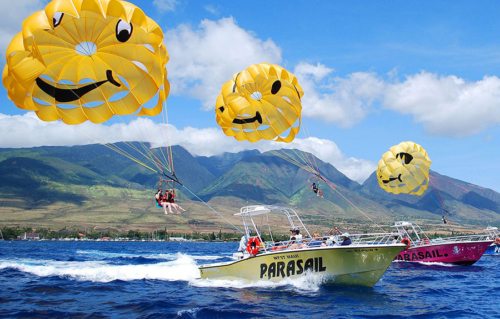 Imagine soaring high above the Pacific Ocean in a specially designed parachute while being towed behind a high-tech speed boat.  That's what parasailing is all about! 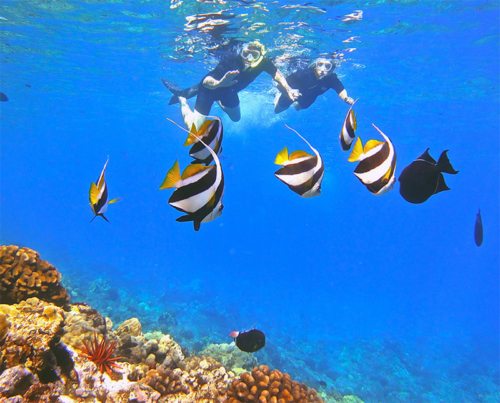 Check in at Maalaea Harbor and cruise on out to snorkel Molokini Crater or Coral Gardens, depending on the weather, for your chance to see a variety of marine life. 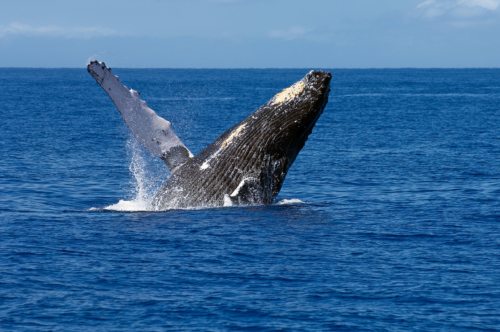 The humpback whales return to Hawaii for a few months every year to mate and give birth, so Malolo takes you out to see them from December 15th – April 15th. These animals are spectacular! Just the fact that they exist at all, and they are so much bigger than anything you usually encounter is an amazing thing. 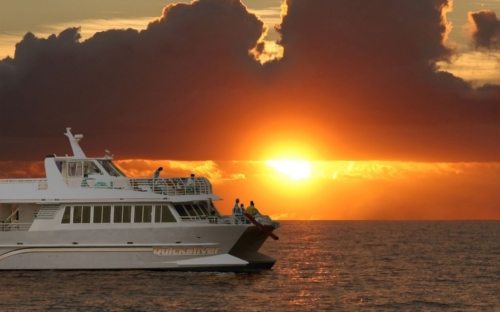 With views of Kaho’olawe, Lana’i, and Maui, this dinner cruise brings the enchantment and magic of the Islands to life. 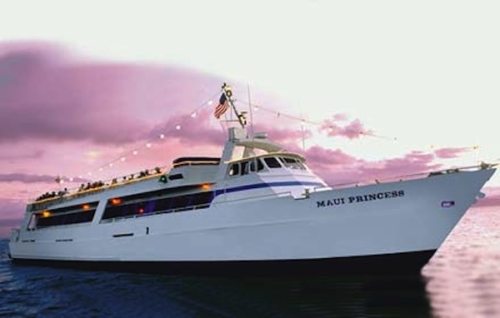 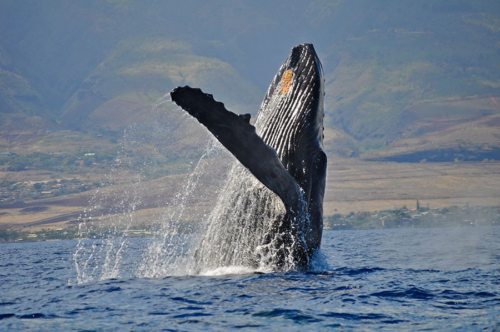 Okay, you're in Maui, and it's whale season. What do you do? Go on one of the amazing Maui humpback whale watching tours, of course!  (Did you think the whales would come to you?  Even if your hotel does have really high ceilings, I'm sorry, but I'm not sure any amount of coaxing would bring an adult humpback into the bar for shrimp cocktail; they can grow up to fifty feet long!) 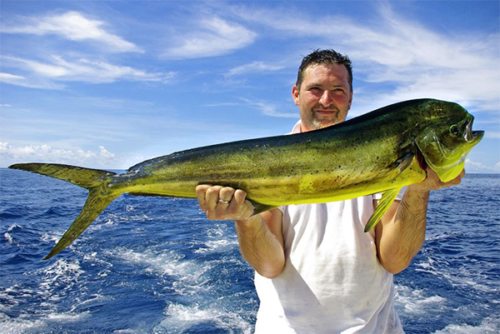 A sunset bottom fishing trip is a great opportunity for you to reel one in while on Maui! Feel free to keep your catch on this family fun fishing adventures. No license or experience required, and all the gear is provided.