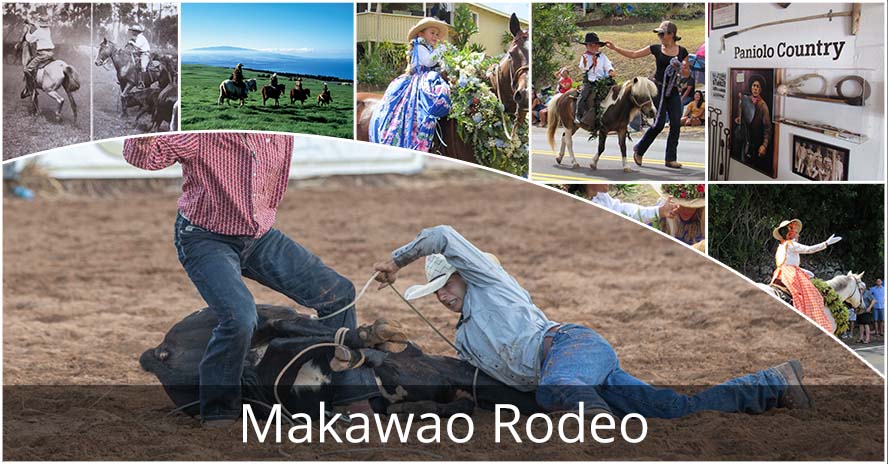 The stereotypical image of Hawaii may induce fantastical visions of surfers on glassy waves, the sound of ukulele and smell of plumeria lei carried through the breeze as palm trees sway with hypnotic ease. But if you look up the volcanic hillsides, you’ll find a different way of life and historically very significant culture in the Islands. That of the ‘paniolo’, or Hawaiian cowboy and the Makawao Rodeo.

The first cows were gifted to King Kamehameha by British sea captain George Vancouver in the late 1700’s and with a kapu (prohibition) placed on killing any of the animals, herds multiplied quickly. Horses followed in 1803 from California and were also free to run wild for almost thirty years. Adapting to the harsh terrain of the islands, these horses became tough and agile. The herds of wild mustangs were fast and elusive, and became known as ‘Mauna Kea’ horses. 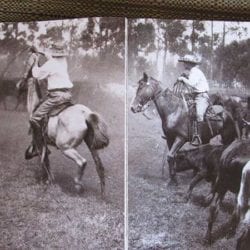 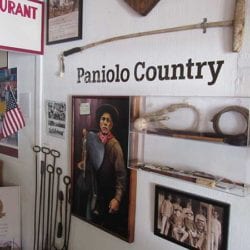 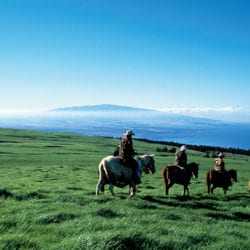 In 1832 King Kamehameha III sent a high chief to California to bring back a few Spanish-Mexican vaqueros (known for their expert horsemanship) to teach the Hawaiian ranch workers how to properly handle the great herds of wild cattle and horses that now roamed the hills and valleys. The term ‘paniolo’ is a Hawaiianization of the word ‘espanol’ and is spoken with well-earned respect and admiration, serving as a reminder of this history. Paniolo traditions continue today and there is no better way to admire the skills of these horsemen and women than as a spectator at the annual Makawao Rodeo.

Celebrating 64 years of bull riding, steer roping, barrel racing and sheep riding, the Makawao Rodeo is a staple of the upcountry ranching scene on Maui. Various events run throughout the first weekend of July, kicking off with the annual Makawao parade. Spectators line the streets of historic Makawao town, cowboy boots hiding under the shade of jacaranda trees to cheer on the various community groups that march proudly in precession. The classic cars were cool, the patriotic stilt walkers, political greeters and local fire trucks entertaining, but we were there to catch our first glimpse of the rodeo horses and their riders in formal paniolo attire. The horses wore lei of tropical flowers and ti leaves, impressively woven with care around their necks and (as is tradition) the hats of their riders. The rodeo excitement was contagious, drawing us to return later that afternoon for the main event. 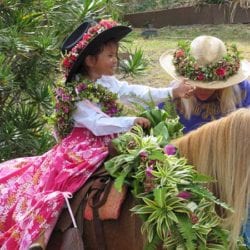 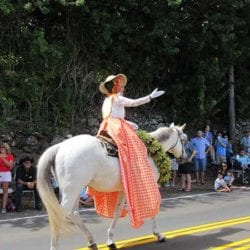 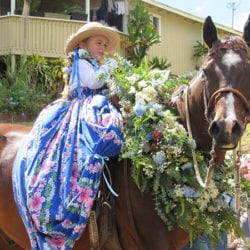 Up Olinda road, just past the historic town of Makawao on the green slopes of Haleakala sits Oskie Rice Arena. The change in temperature from our sea level hale was a welcome adjustment as we entered the rodeo grounds and found our perch in the bleachers. My daughter is OBSESSED with horses and while this was technically her second time attending the event, it was the first since this horse obsession began. Not only did we watch in awe as the tough as nails paniolo wrestled steers to the ground from their impeccably groomed steeds, we were captivated by young men and women in patriotic outfits riding horses that pranced proudly to the sound of the national anthem, racing around barrels and roping cattle with expert grace.

To really get into the spirit and blend in with the crowd, there were cowboy hats and boots to purchase in the rodeo market. Another great reason to attend this popular annual event? The food! Nostalgic Independence Day favorites included the standard American hot dog, which we loaded up with grilled onions and house made spicy mustard. Dessert was where we found the excuse for deep fried donuts, or malasadas as they are called in Hawaii, doused in chocolate sauce and enjoyed between shouts of encouragement as we cheered on the fearless competitors.

Possibly the most entertaining (and nerve racking to watch as a mother) event of the rodeo was the ‘sheep riding’. Tiny paniolo’s with hats so big I wondered if they could see anything at all, climb on top of sheep and are released into the ring just as their parents were on the bulls the night before, during the rowdier ‘Bull Bash’ event. The rules are simple, whoever stays on the longest wins. I was struck by how tough these kids were, and appreciated that being raised on a ranch in Hawaii likely would require a certain level of hardiness. Muddy and smiling, these kids displayed an enormous sense of pride in growing up paniolo, showing off skills passed down by generations of ranchers. 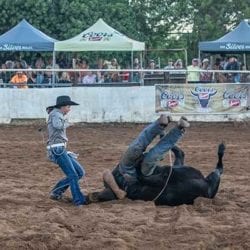 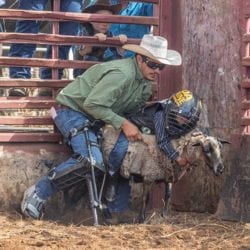 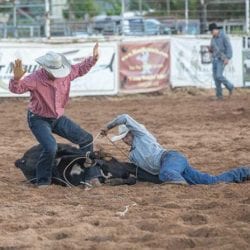 Experience it for Yourself

Many working family ranches still exist throughout the islands today and some are even open to visitors, offering horseback riding adventures to explore expansive Hawaiian countryside and catch a glimpse of life as a paniolo. These include the famous Mendes Ranch on the cliffs and coastline of Wailuku and Lahaina Stables, where guests ride horses through West Maui mountainsides.

With satisfied bellies and a two-year-old daughter filled with future ambition to one-day wear a pink cowgirl hat while racing on a white horse with ribbons in it’s mane, we descended the volcano under pink sunset skies. We highly recommend planning your next Maui vacation in July to include the annual Makawao Rodeo. Don’t forget to pack your boots!